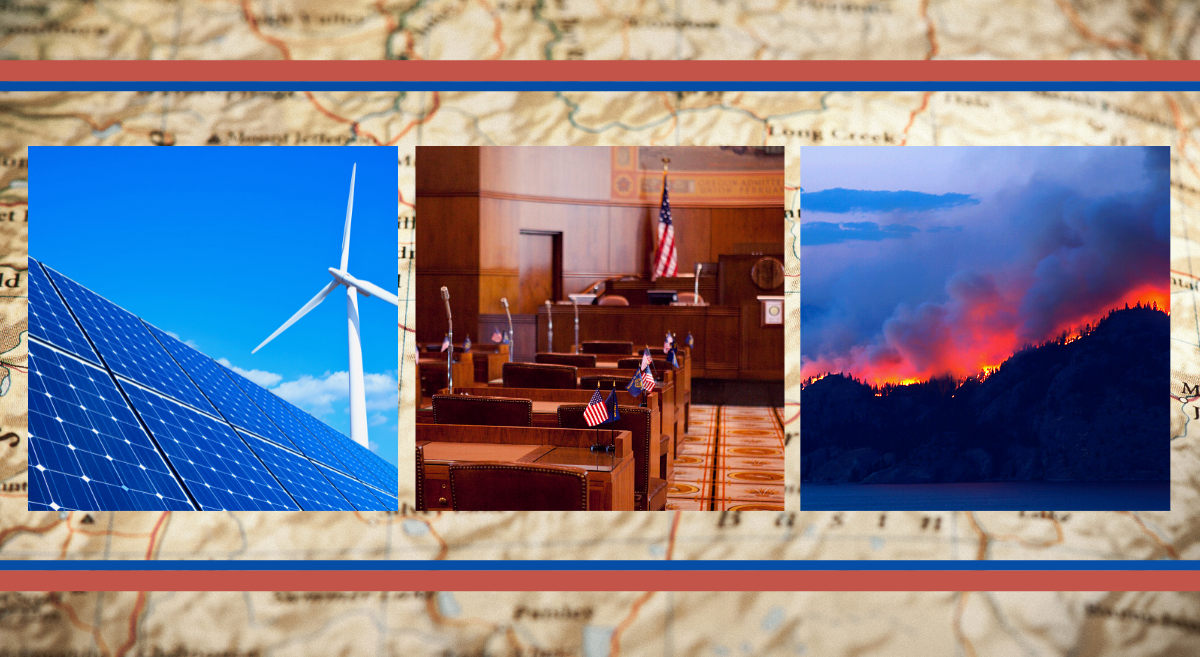 Wins for wildlife and clean energy, but little progress on forestry reform

This year’s whirlwind legislative session had a lot to contend with. The Covid-19 pandemic, climate crisis, devastating wildfires, racial and social justice, and economic struggles of the state took center stage. Oregon Wild and our allies worked hard for some big wins for the environment, and there were some pretty big let downs as well. We’ll be back next session to continue the fight! Overall, major progress was made thanks to our members and supporters who stood up for our wildlife and wild places. Please take a look below for some key updates.

New Direction for the Department of Forestry

So, this legislative session we certainly had some setbacks, but we also had some major wins! And these must be celebrated. Our deepest thanks to all our wonderful members and supporters who fought alongside us for our climate, wildlife, and clean water. Onward!

Action: If you have time, please thank the following champs for their efforts this session:

Rep. Andrea Salinas -- chief sponsor of the OFRI reform bill, led the charge in the House. She also helped us get some key positions added to the private forest program at the Department of Forestry.

Sen. Michael Dembrow -- A real champion, he worked hard for OFRI reform on the Senate side and looks likely to lead an effort on OFRI in 2022.

Sen. Jeff Golden -- A terrific leader at the head of the Senate Natural Resources Committee, he gave strong support for OFRI reform and also shined a light on conflict of interest in the Board of Forestry and Department of Forestry.

Rep. Pam Marsh --  Played a role in both the House Ag committee and the Revenue Committee on moving OFRI and the beaver bill along. She also helped lead the conversation on reforming harvest taxes.

Rep. Khanh Pham -- A remarkable and fresh voice in the conversation, she too played a key role in moving both the OFRI bill and the harvest tax reforms in Revenue.

Rep. Zach Hudson -- A new legislator, he played an important role in helping a compromise OFRI bill move through the House.

Rep. Nancy Nathanson -- Brought her experience and smarts to the harvest tax conversation as a proponent of stability and transparency.  It looks like she will be back on this topic in 2022.

Rep. Paul Holvey --  Long a lone voice on forest reform, we all owe him our thanks for keeping the flame alive over the years and turning up the heat for reform (again!) in 2021.