Leave a legacy for Oregon's wildlife 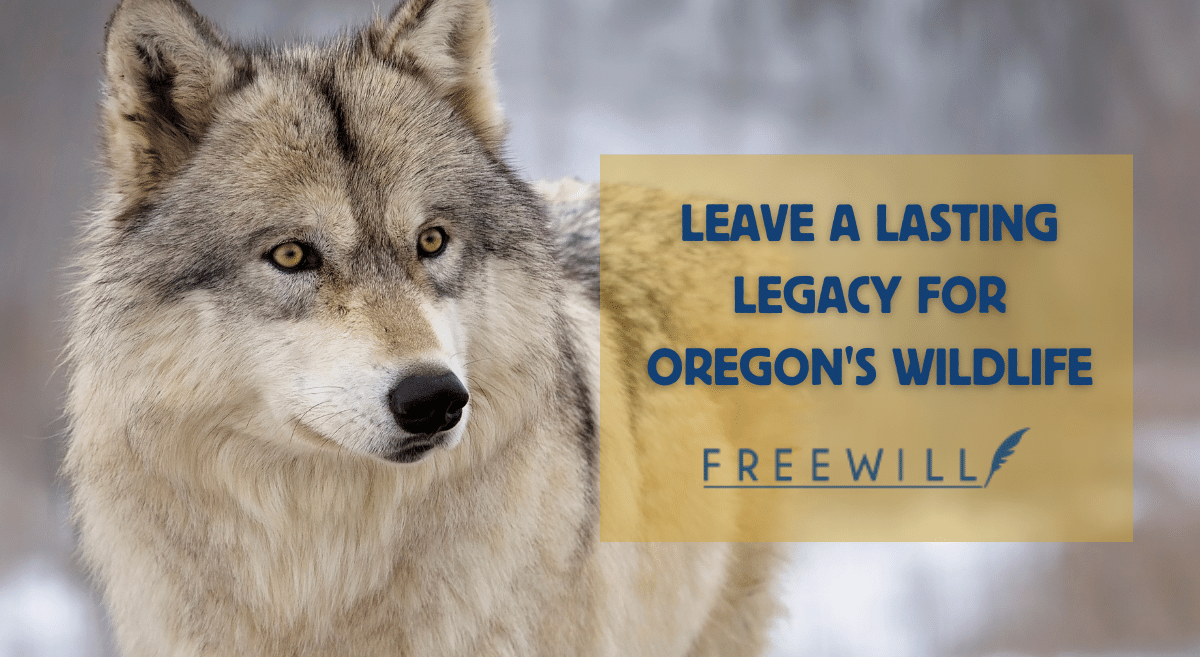 In February, a federal district court ruled in favor of Oregon Wild and partners by striking down a 2020 Trump Administration decision that removed Endangered Species Act protections from gray wolves across much of the U.S.

As a result of our successful lawsuit, federal Endangered Species Act protections have been reinstated for wolves in Western Oregon and 43 other states!

While victories like this are inspiring, our work isn’t done. Present and future generations of keystone species like gray wolves, sea otters, and condors depend on us to be their voice. And sadly, with never-ending anti-wildlife proposals at the state and federal levels continuing to threaten the future of wildlife in Oregon, we’ll need to be a strong voice for wildlife for generations to come.

With that in mind, we’d like to ask you to please consider including Oregon Wild in your planned giving. Planned giving isn’t just for the wealthy. Whether your bequest is $500 or $5 million, you’ll help ensure that future generations of wildlife always have a voice.

To make this easy, we’ve partnered with FreeWill to offer Oregon Wild supporters a free tool to help take care of who and what you value most.

LEAVE A LEGACY FOR OREGON'S WILDLIFE